“Net” Worth of Volleyball Coach

Yolanda Stahl Amasses 198 Wins in Her Decade of Coaching 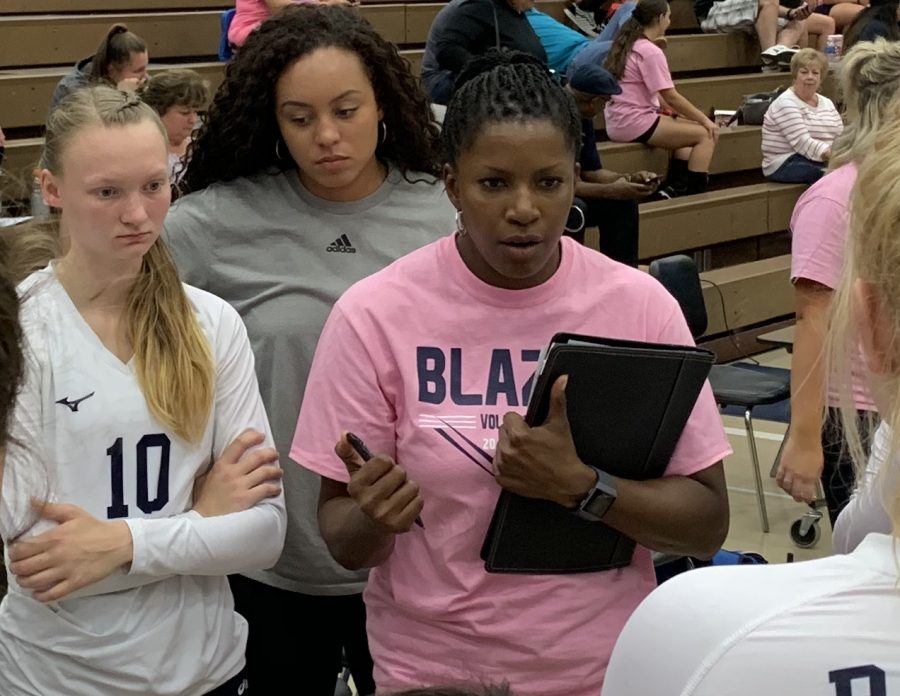 “Volleyball has a lot of rules, but when executed well, it can be very challenging and beautiful,” Coach Yolanda Stahl states, describing the sport she loves best.

Although the season has come to a close, Central’s volleyball team has gone down in the books as one of the hardest working teams. With the help of Coach Stahl, Central has amassed 198 wins in the 10 years Stahl has led the team. During that time, Stahl has proven to be a tough but fair coach, pushing these girls to reach their potential. But, now they can kick back and take a breather.

Central’s last season has come and gone with new adventures now looming on the horizon. Reflecting back, though, the season has proven to be a grueling and hard-hitting one. Despite this, it is the amazing feats that will be remembered, as Stahl notes: “My favorite memory this season, I would say, was when we beat Saint Joe,” an arch rival.

Coach Stahl takes the game and her coaching very seriously. According to Evan Hobik, 12, her style can only be described as “tough and very disciplined.” She expects the best from her team, and it shows in their record: 16-9. However, not all wins are created equal. “It depends on the game,” Stahl explains. “Sometimes we win, but we don’t play well. And, sometimes we lose, but we played extremely well. I prefer it when we play well, but lose,” she admits. “It makes me happy, because I know we played the best we could.”

None of her experiences would have ever occurred, however, had it not been for her own children. She recounts how her coaching career all began. “My children were home-schooled,” she recalls, “and I coached them. I, myself, played basketball. One day, though, my friend asked me to help her coach volleyball—and I’ve been coaching ever since!”

Coaching Central, Stahl had the highest winning percentage at .680, and she is responsible for the program’s only Regional title, along with a Final Four appearance. This displays the unique and amazing talent Stahl has for coaching.

As it is Central’s last season, Stahl remains optimistic about the future. “As we are merging, there will be no more Blazers,” Stahl says with a bitter-sweet tone, “but combining the teams will be exciting. I am excited to be putting our talents together and making one great team!”

After all is said and done, only time will tell. But, as the saying goes,”Once a Blazer, always a Blazer!”