Not in Lock-Step About Uniforms 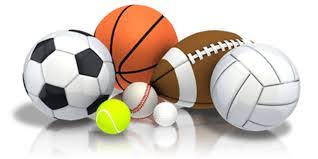 With the combining of Elkhart Memorial and Elkhart Central quickly approaching, questions and concerns start to arise about a popular topic: sports.

It’s been made public that the mascot for Elkhart High School will be a lion and colors will be blue, gold, and a hint of red, but a question for some is what will the uniforms of the new Elkhart Lions look like? There have been speculations from some coaches who are in charge of uniforms on whether on the style and what colors to include in the uniforms.

Depending on whether the coach is from Central or Memorial could be the reason on including red or sticking with blue and gold. Mrs. Haley Warstler, who is currently the cheerleading coach, shares her opinion on the new school colors, “The colors the students voted for are blue and gold. I’m hesitant to get on board with the addition of red since it wasn’t chosen by the students,” she admits, “and the three colors combined are not the most pleasing to the eye.” The colors that are chosen for the uniforms may differ, but what is intriguing is that Elkhart Central’s mascot already has red, blue, and gold included.

Students who are the first to be a part of an Elkhart Lions sports team may be wondering how the merge will change sports. There could be pressure added to a student since there is going to be almost double the people trying out for sports. Spots for a certain team will fill up quickly with the added number of people trying out, leaving others out. Students can either work hard to get better at the sport to ensure a spot or find another hobby.

However, for those who only rely on sports in high school, if they don’t get on a team, they have nothing else to turn to. Combining sport teams has its benefits of having a bigger team to compete with other rival schools, but it also has some downsides with it that affect the students. Mia Echartea, 11, who plays sports here at Central voices her opinion on combining sports next year: “It’s going to be harder to get on teams and even harder to make it on varsity, but combining could be a good thing. We could get stronger players and have better games against bigger schools,” she notes. “ I still feel that next year lots of people will be upset and not as enthusiastic about sports, knowing they might not get the position they want.”

In sports, however, that’s the name of the game.