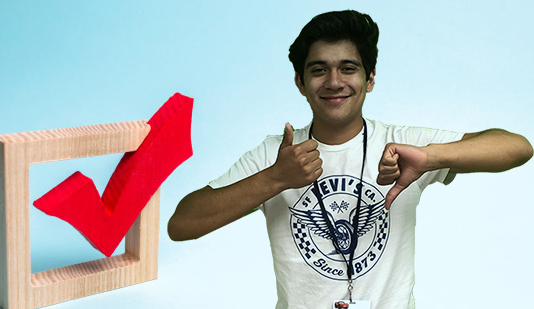 As Martin Luther King Jr. said, “Our lives begin to end the day we become silent about things that matter.”

The freedom to voice an opinion is something everyone has, but the importance of that opinion or its effect on life may not matter much unless it’s being heard when it matters. A crucial way to voice an opinion is through voting—the way the country will be run is significant in how one wants to live, and there is a lot of power in making that decision.

Although it may seem as if people of newer generations have no say in how a country should be run, many teenagers or children prove that activism is the best way to bring awareness when not being able to vote. At age 16, Greta Thunberg has been named as one of the world’s most influential teens by TIME magazine after speaking at climate rallies and leaders. Her demands have led others to follow in her footsteps and for those who can vote, the simple action of turning in a ballot grants an individual with social and conceptual power.

This power can be attained on the Tuesday after Nov. 1— better known as Voting Day. This may seem like a normal day, but to many Americans, it’s an impactful day to make their voices heard and truly stand up for what they believe in. “Voting does give some sort of opinion, because it lets representatives know who you’re voting for. But, the system is still based on a majority-rule, so results could differ,” says Emi Huerta, 12. Whether it’s deciding on what action should be taken towards improving the climate or protesting against the deforestation of land for commercial use,  the anticipation of turning 18 or rushing to voting areas to cast a ballot is something people look forward to all year.

While this anticipation occurs, the process of voting is often very long and tiring, as people rush to go cast their vote. Huerta states that “voting could be improved by shortening the time it takes for a person to vote; wait lines can get long, which deters eligible voters from having a chance.” Luckily, 2019 is an off-year election— only certain states have municipal or statewide elections, and special elections will be held for four Congressional seats. Thus, the craziness of voting won’t be as prevalent, but the hype of the upcoming Presidential election is still present.

As of now, the 2020 election has 19 Democratic runners and 4 Republican nominees. With incumbent president Donald Trump running, the tension of other nominees is high, as they campaign to make their mark and convince the nation that they’re fit to lead a country.

With the promise of new voters or others who haven’t had the chance, the next year’s election will be one of an interesting turnout and, hopefully, many voices will be heard.