High in the Sky Goals 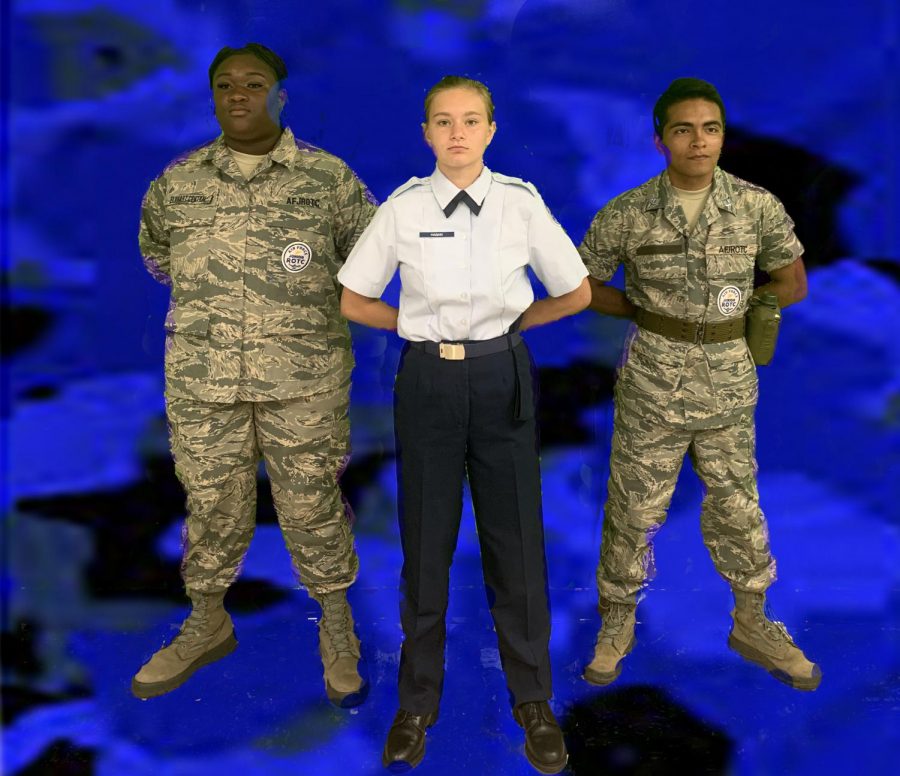 Air Force Junior ROTC is an Air Force-approved program that teaches students about both military and life skills while still in high school. While in the program, cadets will be educated in everything from drill instruction to aerospace science. Its mission is to create citizens of character “dedicated to serving their community and nation.”
Their time in the program is filled with new experiences. Cadet Major Dae’Leanna Jackson, 11, Cadet Captain Bryan Callejas, 11, and Cadet Alayna Hagan, 9, noted their recent field trip to Indiana’s Grissom Air Museum, with the purpose of introducing flight to the squadron. The day-long adventure exposed the cadets to historic aircraft as well as the opportunity to jump into an actual cockpit or even takeoff in simulator.
But, this trip was not the sole purpose for these three becoming cadets. “[JROTC] helps you with communication skills and to be more proficient,” Hagan explained. Yet, it is definitely a pathway into the military if so desired. Hagan’s parents, for instance, encourage Plan B, which is joining the military. According to Jackson, though, ROTC members don’t just automatically become part of the military at age 18. “You have to get your degree first.”

For now, though, it is the competitive clubs within JROTC that intrigue Callejas, including Raiders and Junior ROTC Leadership and Academic Bowl. Raiders consists of five mentally and physically challenging training events, while JLAB is an all-service national competition that takes finalists to Washington, D.C. Preparing for these types of competition has “helped me in my other classes,” admits Callejas.

Yet, cadets are not alone in their journey. The JROCT class here at Central is taught by Senior Master Sergeant Yoketha Sims and Colonel Frank Rossi, who have both served over 20 years in the military.

“When one fails, the whole team fails,” notes SMSgt. Sims. Thus, teamwork remains as the greatest emphasis in all they do. JROTC has given these cadets and others like them the opportunity to realize that there is a larger world out there—and together, they can explore it.