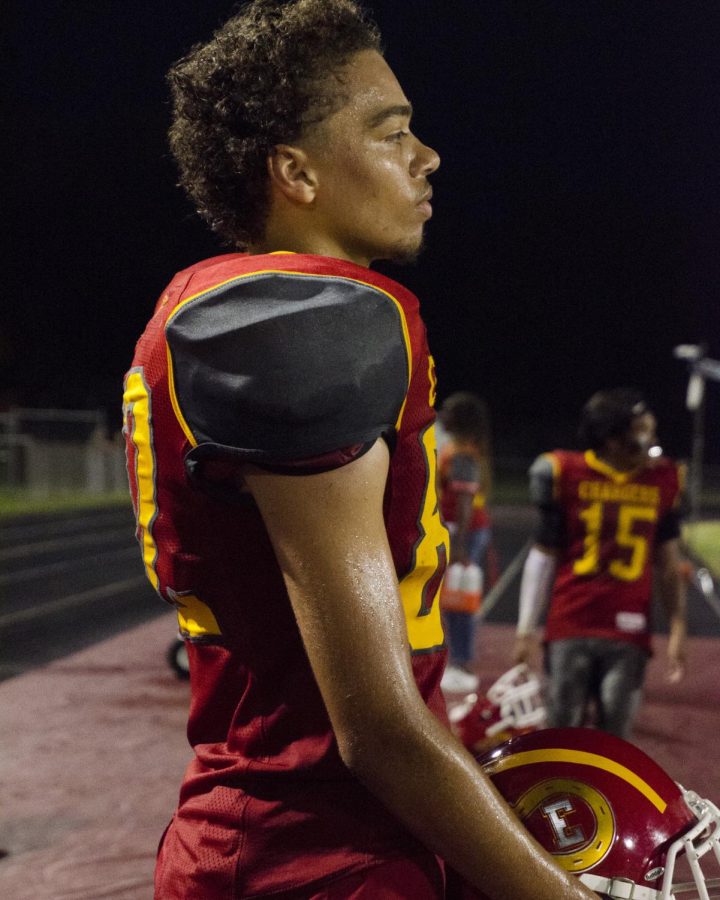 Senior Ben Roby looks on from the sidelines of charger field as the Crimson Chargers play Elkhart Central on Friday, Aug. 17, 2018.

W hen we think of senior athletes, we tend to think about those who have been playing for years. People who have dedicated time from their freshman year up to their final season senior year. However, this isn’t always the case.

This past football season, the varsity football team made the decision to start first year player Senior Ben Roby after training him throughout the summer.

By the time the season started, he had become a solid wide receiver. Roby was influenced to play his senior year of all by a couple of his friends who were already on the team, but it was also just something he always wanted to do.

“I was influenced by Xavier Vaughn and Cameron Shraw to play” Roby said. “But I always told myself I would play football for at least one year. I finally made it happen this year.”

Roby is primarily a basketball player but decided that stepping out of his comfort zone would be beneficial. He really enjoyed the entire experience of playing in his final year of high school.

“I loved playing football,” Roby said. “and I wish I played all four of my years in high school.”

The most impactful aspect of Roby’s experience was the connection he felt with others on the team. Since he hasn’t played with any of the people on the team before, this is something he believes is irreplaceable.

“I made a lot of great memories this season, and I really enjoyed the bond that the whole football team had together.” Roby said. “It was really like a big family. I’m glad I made the choice to play my senior year”