Keep Calm and Carry On!

Taking the PANIC Out of PANdemIC 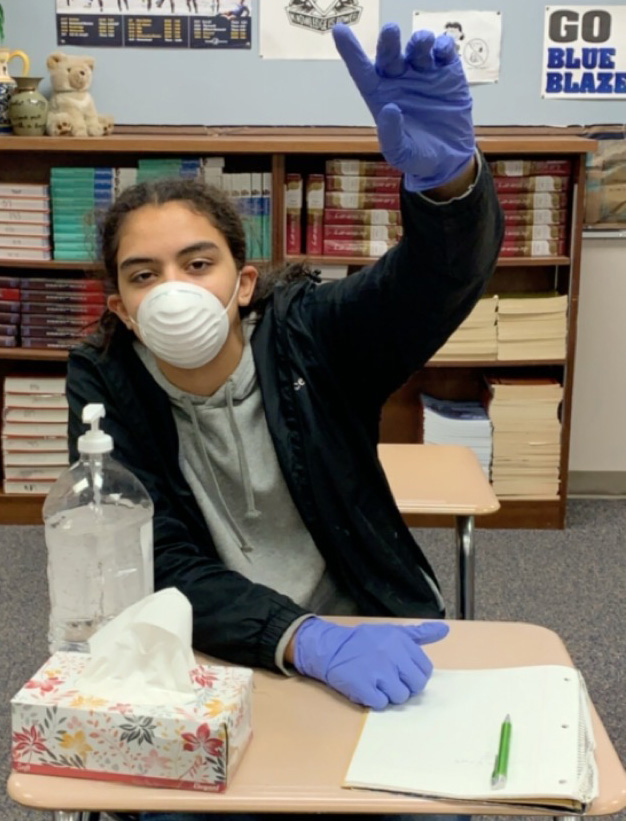 Fear of the coronavirus is spreading faster than the disease itself.

Turn on the T.V., listen the radio, read any news print, or just walk down the hall and the only topic discussed is COVID-19. It’s hit every facet of life—from the cancelling of NBA games (after several Utah Jazz players tested positive) to the Electronic Entertainment Expo (E3), which is the fourth largest video game convention in North America. The NCAA has brought new meaning to March Madness, choosing not to hold the tournament at all. In New York, the lights have gone off Broadway and for the first since 1762, the famous St. Patrick’s Day parade was not held. Universities across the country are closing down until the end of the semester, and music festivals such as Coachella and Stagecoach are attempting to avoid the flu season entirely by moving their events to the Fall, reducing the likelihood of contracting or passing the virus on to others. The world knows its serious when Disney closes its Magic Kingdom—and Elkhart Central shuts its doors until April 13..then May 1…and who knows when. The list of closings multiples daily like a well-rising yeast.

Citing the numbers of those who have the virus around the world is a bit like spending a day on the floor of the New York Stock Exchange on Wall Street: The numbers keep rising within a country, while new countries are added to the leaderboard continually. Death tolls soar on one continent; new cases stall in another. Countries lock borders; cities go into quarantine. When the bell rings at the end of the day, what can be gleaned from this all is that an outbreak of a virus can bud in one location—such as China in this case—blossom into an epidemic within that country almost overnight, and burst into a full-fledged pandemic as soon as one sneezes across the ocean.

Granted, death tolls are high—but no higher than with so many other strains of influenza, causing one to wonder what makes COVID-19 more sensational. The bottom line is this: No one is immune. That is certainly cause for extreme precaution. But, the world should not panic. “I think it’s blown up too much,” admitted McKade Nielsen, 11, when the outbreak first began. “We don’t know the extent on what can happen; so, we all think we are going to die!” His argument still holds some validity: This is not the Black Plague, after all.

In fact, the death rate appears to be quite low in respect to the number of people who have contracted it—affecting mostly those whose immune systems have already been compromised due to age and illness. So, what is a person supposed to do until this Angel of Death passes over? Instead of painting one’s doorposts with blood as Moses did, he might take King George VI’s motto to mind when faced with an invasion: “Keep Calm and Carry On!”

But, the question is this: How exactly does one “carry on calmly”? The answer: Deny the fire its oxygen. Or, in other words, eliminate—or at least limit—the ways in which a virus is spread. Doctors insist that this is the only way to stop the coronavirus and any of its relatives in their tracks. It is exactly what Elkhart Community Schools is attempting to do by closing down for at least a month.

Stop to think about the myriad germs being spread right within these walls. Just think about the number of students who have sneezed on the very desk another will sit in by the end of the day. How many students have laid their head directly on that desktop? How many germs have been transferred from door handles, stair railings, and lunch tables? And, let’s not even get into what could be lurking in the bathrooms! Think about every touch of a button on a cell phone or iPad. Drop something on the floor or in the hall? Should you even pick it up? Oh, and then, there’s the PDA’s. Swapping spit during a five-minute groping session will likely incubate into something far more feverish than love!

To limit one’s contact with potential virus-causing germs, Nurse Wendy Freeland offers the following suggestions: “Wash your hands; stay away from people you think have a cold, or even the flu; be healthy; eat good foods; drink a lot of water—things that will help your immune system.”

In an effort to assist with these precautions, 12 hand sanitizer stations are likely to be placed on each floor of the building for students and staff to use upon return. Teachers will still be encouraged to wash down desks and other hard surfaces that students may frequently come in contact with once back at school. Likewise, students will continue to be encouraged to practice the 20-second “Happy Birthday” hand washing with hot, soapy water, as well as wiping down their phones and iPads often. And, while “sharing is caring,” sharing can also lead to much more. Thus, students should refrain from sharing water bottles, eating out of the same bag of chips, and even passing their phones around to view their favorite TikTok or Instagram posting. It’s just the “new norm” from here on out, as the coronavirus or influenza will certainly strike again.

While today’s society cringes at being denied its every whim, this pandemic serves as a reminder that there are indeed forces greater than themselves at work in the world. The only way to regain control is to practice a bit of self-control. And, that’s nothing to sneeze at!

Deadliest Pandemics (according to NYT Upfront)