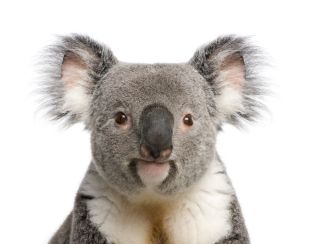 Functionally, yes. This term—functionally extinct—is used to describe a species when its population no longer plays a significant role in the ecosystem, the population is no longer viable, or when a small population is suffering from inbreeding that threatens its future viability. Deforestation and drought are the root cause, according to the Australian Koala Foundation.

Bushfires have “devastated” Australia for the past two months, starting on Oct. 20, taking with it vast amounts of wildlife. Over 1,000 koalas have perished in and from the fires—along with 80 percent of their habitat. Koalas are very vulnerable in their environment and to threats, such as deforestation, disease, and climate change. Noting that their only defense is to climb higher, this is why so many koalas were slain by the bushfires. The limited number of koalas left leaves them with a little defense against disease due to little biodiversity. “It shouldn’t be happening!” exclaims Charlotte Myers, 9. “No one seems to care about the environment.” In fact, as publicized as this event has been, there are still those who are completely unaware and, thus, unable to help. Bryan Callejas-Munguia, 11, is among them. “I didn’t know that [the fires occurred],” he admits. “Is it really as bad as they say?”

In fact, it may be worse. Many new sites have picked up on the fact that there are difficulties while trying to accurately estimate how many koalas are left out in the wild. Although everyone seems to agree there are no more than 80,000 koalas left in all of Australia.

Many videos of Australians rescuing koalas from fires have gone viral and have led to an enormous increase of donations with the Go-Fund-Me account, made by the Port Macquarie Koala Hospital, receiving over $1.33 million dollars, which has come from over 30,000 donors. That is significantly more than the $25,000 dollar goal the hospital had originally set.

Seeing pictures of burnt and dying koalas has sparked something in people, pushing them to help rehabilitate these defenseless animals. With donations increasing every day, and the thousands of people expressing their concerns and opinions about the wellbeing of the iconic animal, the now “functionally extinct” animal is in good hands.

“When the last tree has been cut down, the last fish caught, the last river poisoned, only then will we realize that we cannot eat money.” –Native American Saying