Keeping the Magic of Christmas 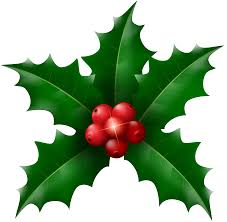 When the cold season approaches and one gets older, the magic of Christmas loses its luster; there’s the dread of buying presents for friends and family and having enough money to shop.

Valeria Rosales, 12, however, refuses to let go of the wonder. “There’s still magic in Christmas, because I feel a particular emotion that I don’t feel any other time of the year—but it depends on who you spend it with.” Luckily, despite the financial aspect associated with the holiday, there are a few comforts in getting closer with those around you and finding activities to keep you happily occupied.

As a child, there’s extreme joy in believing in Santa, staying up late to catch him at night, leaving out cookies and milk, and making a wish list of gifts. Life is simpler, and the only stress is getting on Santa’s naughty or nice list. Teachers and parents share stories of Christmas, and the tunes of many carols are repeated throughout the holiday. Wish lists consist of items such as toys seen on TV, a new puppy, a phone, or even video games.

That excitement then diminishes as a teenager when the thought of a man who lives in the middle of nowhere delivering presents to children around the world becomes unrealistic. Rosales says, “It’s impossible for kids to grow up and not hear about Santa, so it might as well be a special tradition with family.” Unfortunately, that tradition wears out, and instead, the only items of wanting are new electronics, clothes or money, which can be bought with one’s own money.

However, on non-materialistic terms, there’s still a certain extent of fascination with the holiday. Watching Christmas movies with family or friends, baking cookies, drinking hot chocolate or festive-centered drinks, and occasionally going ice-skating are the little activities that spark interest and keep the holidays entertaining.

Christmas is what a person makes of it. So, instead of worrying about buying expensive gifts or what to put on one’s own wish list, put a little of the magic back in Christmas.