The Turn of the Decade 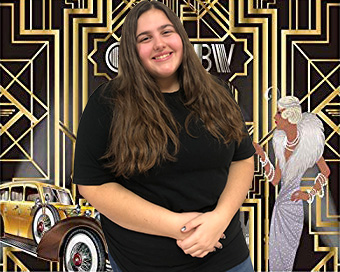 The Roaring 20’s are making a comeback— not as the Jazz Age or a segue into The Great Depression but, instead, as a time of change and new experiences. 2020 is a year reckoned to be great, and the excitement of a new decade is present.

The 2010’s included a pendulum of memories, but it can be agreed that it would be remembered forever. Through the drastic popularity of social media, a small picture or caption is shared, and these memories remain on the internet forever. These apps provide countless forms of entertainment and also served as a way to communicate with people around the world, which prompted both corporate and small businesses to advertise their products on a larger scale. In 2010, the average amount of time spent on social media was about three hours, which has now almost tripled in amount over the decade. More people are advancing technologically, whether for fun, education, or business purposes, and it’s only to be assumed that the number of people using these apps will increase in the New Year.

As with social media, the music industry has changed in many ways over the past 10 years; early 2010 hits featured artists who still continue to make music but  rarely or never show up on the top hits today. New genres and sub-genres are being created, and instead of buying physical forms of music, streaming platforms have taken over, continuing to provide consumers with a better listening experience and easier access.

With all the changes over the past few years, it can be agreed that this decade was one for the books, but as a new one approaches, the topic of more change is equally as important. “We’ve come a long way, but as a country, we should continue to improve on issues such as climate change, bigotry, and racism,” offers Alexia Comer, 10.  Continuing on, she adds, “Everyone should also try to work on inclusion, awareness and understanding, as well.”

This decade has not only changed life for many individuals and become a time for progression, but it also has provided a new aspect on life. Comer shares: “This decade has taught me unconditional love; to trust in resentment, hate, pain; and how to heal—as well as changing me for the better and how to unconditionally be…me.”

Hopefully, the new decade will be one of growth and teach new lessons for everyone, as well.